Most towns have a square. Sand Springs boasts an exquisite Triangle. 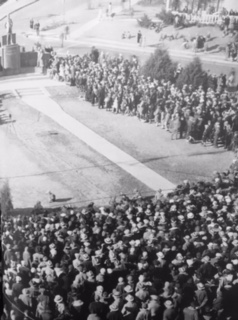 At the tip of the Triangle rests a statue crafted by famed Chicago sculptor, Lorado Taft.  The statue was built to honor founder Charles Page. 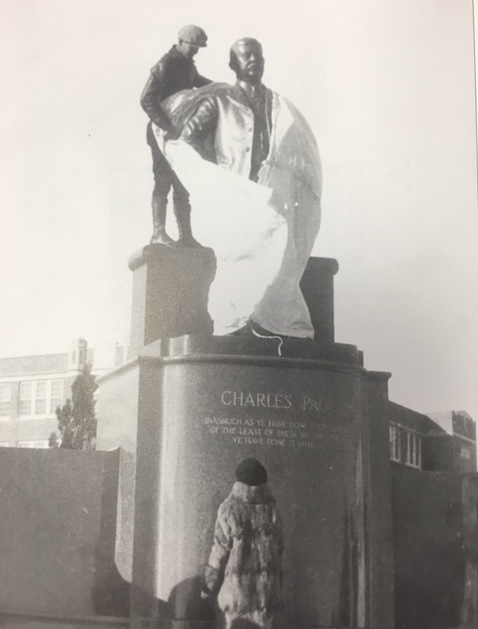 (Daughter Mary Ann Page watches as the bronze statue of her late father is unveiled in 1929.)

The downtown Triangle was built to accommodate the interurban streetcar, which could only travel on a curve- not an angle.  The tracks for the streetcar were laid in 1911-12 and ran passengers between Tulsa and Sand Springs.  The Sand Springs Railway Company had 20 miles of track and offices in both Sand Springs and Tulsa by 1914. 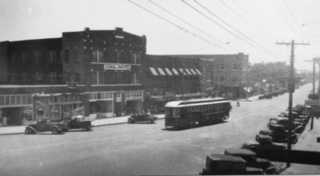 (Streetcar coming around to the Triangle in downtown, 1937.)

The 1920s were a boomtime for Sand Springs, "The City of Opportunities." The city became notable for its modernity, and the Triangle was no exception. In 1920, the Triangle was improved with beautiful landscaping and the installation of a cannon from the Spanish-American War at the Southern tip.

Today the Triangle is used by the community as a focal point for many memories and local events. 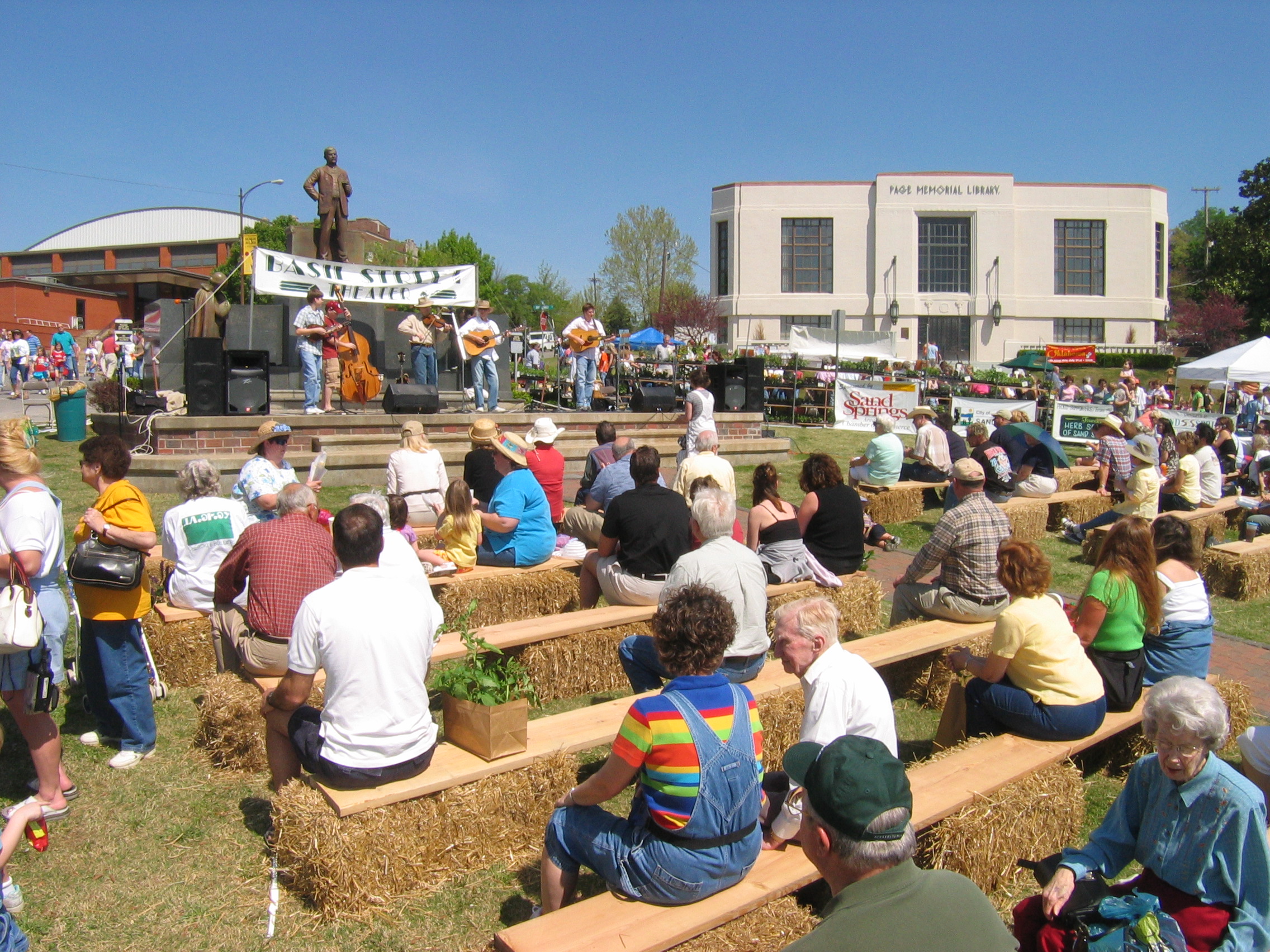