Sand Springs' first waiting station was in the Kingsbury/Premier building (now Napoli's Italian restaurant) at the corner of Second and McKinley where it continued to serve passengers until the streetcar system closed in 1955.  The Sand Springs Railway offices were housed on the second floor of the building and remained there until the mid-1990s.

The waiting station became a very popular hangout after events or high school football games. The Railway Waiting Station had plenty of room to socialize and offered candy and gum for a penny and ice cream cones for a nickel, making it a surefire hit amongst people of all ages. 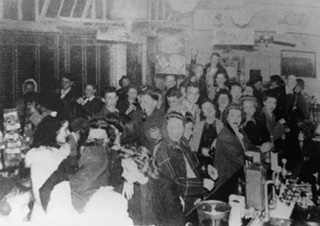 (1940s students at the waiting station after a football game.)

Old model streetcars were soon replaced by electric.  The system carried more than half a million passengers during the first full year of operation in 1913. The 1915 model outlasted early cars and officially made the "owl" run to Tulsa until 1947. Streetcars ran every 20 minutes with a fare remaining five cents for a local ride and 10 cents for a ride to Tulsa until 1953. 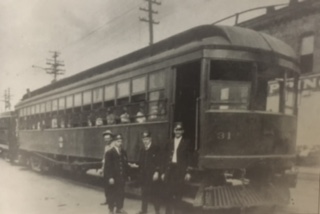 Putting an end to an era, the last streetcars paraded through Sand Springs on January 5, 1955. 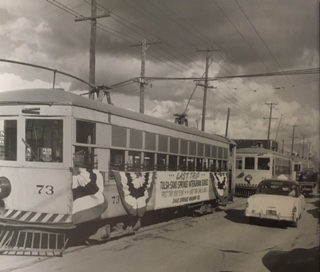