Harry T. Pratt was born June 28. 1893 in Sioux City, Iowa and moved to Sand Springs in 1914 or 1915. In the 1920s, Pratt began selling land south of the Arkansas River for the San Springs Townsite Company and, in 1926, Harry purchased an area of land from the company in order to create his Garden Heights Development. In 1930, Pratt purchased adjacent land and began developing the Rock Hill Subdivision. Following World War II, Harry' son, Charles R. "Dinty" Pratt, returned to Sand Springs and joined the family business, establishing his first subdivision, Skyview, in 1946. 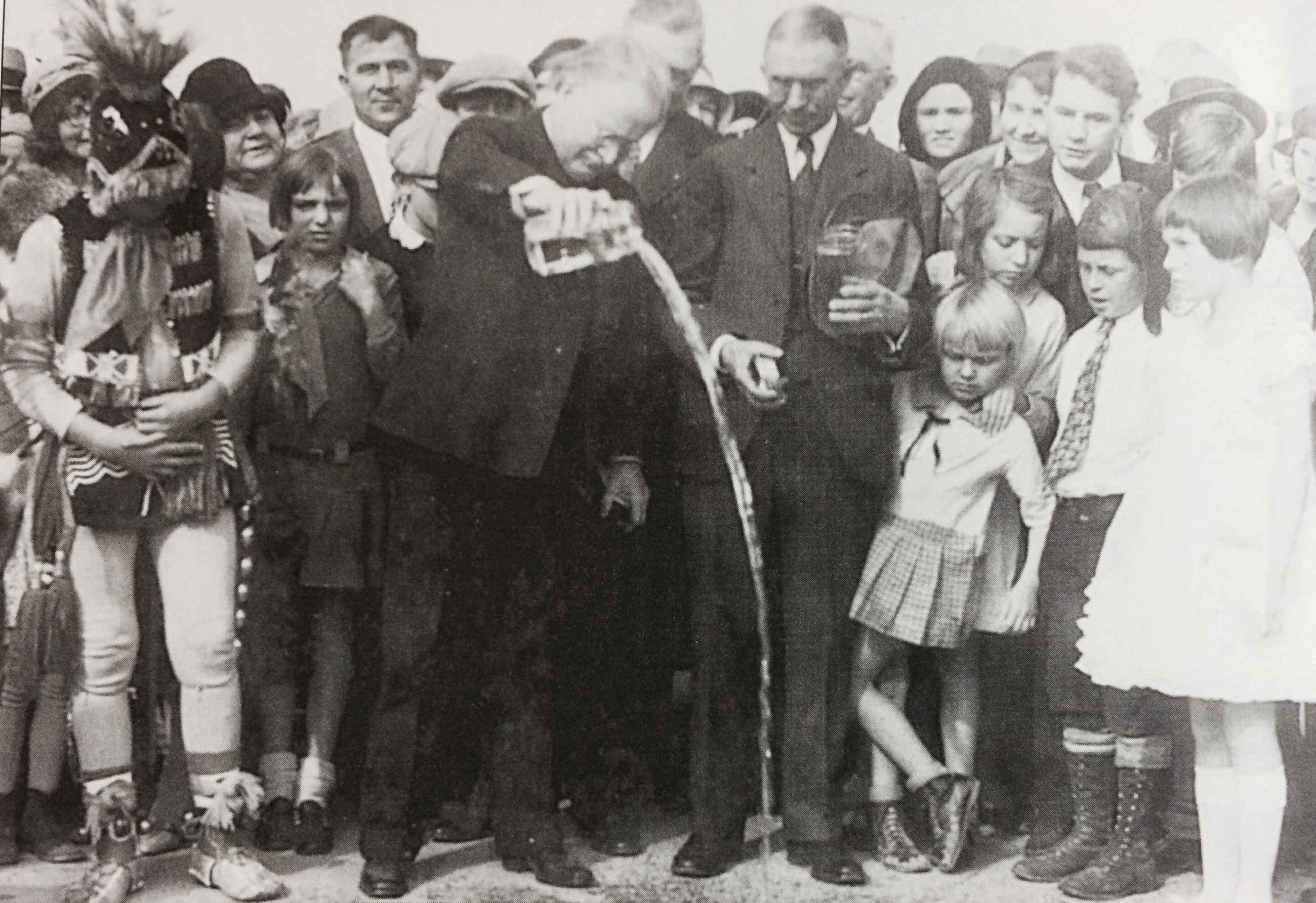 (Residents look on as Governor Murray dedicates the Arkansas River Bridge in 1931.)

Prior to 1917, the only transportation across the Arkansas River that separated what soon became known as Prattville from Sand Springs was a ferry. From 1917 until 1931, a soon-outdated wood and iron bridge served this purpose. Then, on February 1, 1931, Governor William H. "Alfalfa Bill" Murray inaugurated a new concrete bridge, making travel between Prattville and Sand Springs easier than ever. 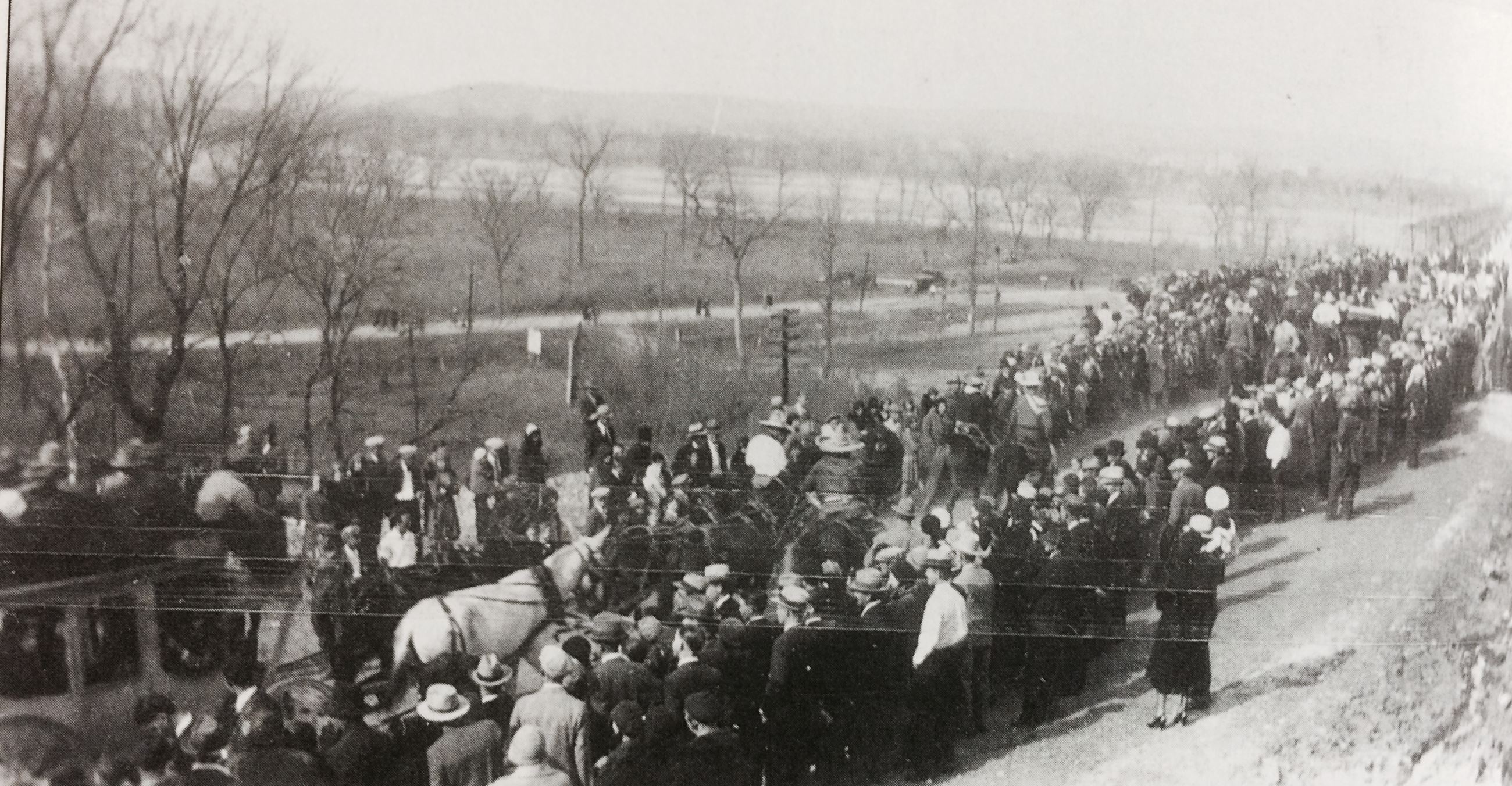 (Parades originating from Sand Springs and Prattville met over the river at the bridge's inauguration in 1931.)

The early 1930s hit Sand Springs as hard as anywhere, but some efforts toward prosperity still found success. Harry Pratt's Rock Hill and Garden Heights developments were a prime example of such resilience. They were advertised as part of the national "Half Way Back to the Farm" movement. This was a serious draw to anyone who wanted to live on their own small farm and tend to a garden and chickens while still working in Sand Springs or Tulsa.

1965 saw a great increase in the size of Sand Springs with the annexation of Prattville, its former neighbor to the south. Although Prattville residents had been resisting annexation for more than a decade, Tulsa's rapid growth prompted residents to vote to join Sand Springs rather than being absorbed by Tulsa. What was then South Sand Springs saw such a dramatic increase in population following annexation that two new elementary schools (Harry T. Pratt and Angus Valley) and a new Junior High (Clyde Boyd) were opened in the early 1970s.
[]